*Wipes off cobwebs from laptop*

So much has happened since I was last on here, with the most notable events being Halston becoming a CPA (yay!), and my resignation. What can I say? Sometimes a girl just has to cut ties with her very, very insecure and neurotic boss. But don’t worry about me. I received an offer at a local digital marketing agency and took it – so all’s well that ends well!

Over the weekend, I made my way to Miami for my friend Nori’s bachelorette party. There aren’t a lot of people I would drive to South Florida for, so you know she’s a big deal.

One of Nori’s friends put together one of the most organized itineraries I’ve seen in my life; so precise and down to the minute that for a split second I considered marrying her. Working in the culinary and hospitality industries in Miami helped her build relationships around the area, which allowed us to keep costs significantly low during the trip. Accommodations were also taken care of, thanks to another friend’s connections.

I arrived in Miami around 3:30 p.m., dropped my car off at Westgate South Beach Oceanfront Resort, our accommodations, and headed to the ultra modern 1 Hotel South Beach, where everyone had already been hanging out in a private, poolside cabana. Surrounded by ocean views and 18 stories closer to the clouds, the rooftop cabana was the perfect place to kick off the weekend!

Following a dip in the pool, we headed back to our hotel, ordered pizza, and took naps because it was going to be a loooooooooong night.

Our first stop that night was Bodega Taqueria & Tequila, which at first glance looks like a run of the mill taco joint. However, we found ourselves going through a blue porta-potty door, down a hallway resembling a men’s restroom with urinals lining the wall, and into the restaurant’s speakeasy, a dimly-lit, industrial space with comfortable couches, and a classy, but laid-back atmosphere. Imagine Restoration Hardware, but with cocktails. There is no cover to enter, which freed up some cash for me to buy $10 beers (I know). We danced for a while (the DJ was great!), and headed next door to Ricky’s South Beach.

Ricky’s is a 1980s-inspired bar and eatery, featuring neon lightning, arcade games and retro elements. Apparently the location is known for its artichoke pizza, but I wasn’t about to eat pizza for a second time that day! We ordered a few drinks at the bar, and laid claim to a seating section near the DJ. While we were dancing, the management brought over a gallon barrel to our table of their signature Serrano-infused Avion Tequila, pear liqueur, watermelon, sage, lemon, and agave, which was super nice of them!

Our final destination was The Miami Beach EDITION, a luxe beachfront property, offering unique nighttime entertainment options to the South Beach area such as an open-air cinema, a nightclub, ice skating rink, and bowling alley. Both the ice skating rink and bowling alley are open until the wee hours of the night! Nori’s friend secured VIP seating for us at the nightclub, BASEMENT Miami, which was so appreciated because by the time 3:30 a.m. rolled around, I’m not sure any of us had the strength to to carry on dancing.

We slept in on Saturday, and groggily made our way to Tap 42 Miami, a gastro pub near the Shops at Midtown Miami. I devoured the mushroom and shrimp mac n’ cheese, which was heavenly, and skipped the mimosa because we had a Cycle Party to attend.

For those who read my Bash in Nash blog two years ago (back when I was consistent with this), you’ll remember we did one of those for Rochelle’s bachelorette. This one wasn’t any different, except instead of us bringing in our own alcohol, and have it served during the ride, this one provided three drink tickets per person for our three stops. The stops included Gramps, The Butcher Shop Beer Garden & Grill, and a third stop I forgot because honestly, it was a little boring and not memorable. We capped off our Cycle Party with sushi at SuViche Wynwood, followed by a visit to 1-800-Lucky, after I told everyone of the Taiyaki NYC ice cream truck I’d visited when I went to Miami earlier this year. 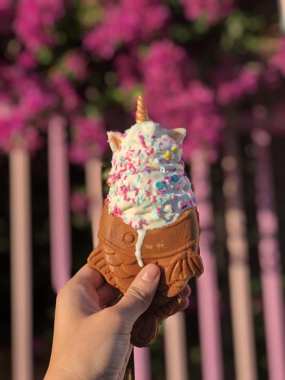 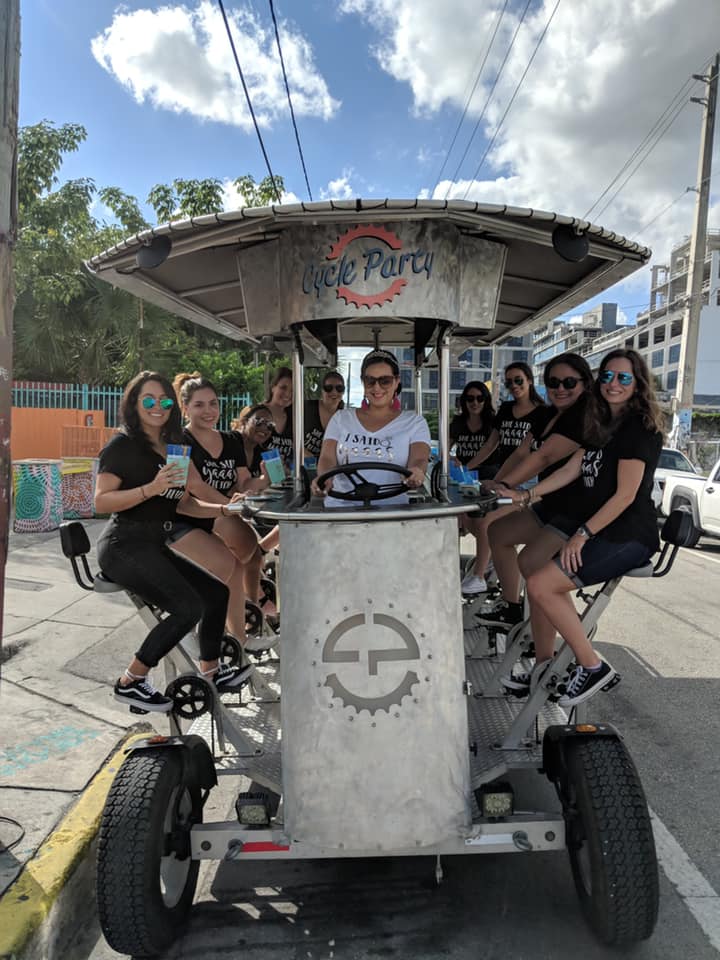 We returned to the hotel, hung out at the pool, and got ready for dinner at Moshi Moshi, a Japanese restaurant, and then headed back to Wynwood.

Have you ever been to Wynwood during Halloween? It was insane, but such a good time! A lot of fun people watching, that’s for sure! The lines to all the clubs were so long, but luckily the bride’s friend pulled some strings and we were in line for no less than 10 minutes before walking in to SHOTS Miami, where a cool bucket of champagne was waiting for us.

We then headed out to El Patio Wynwood, which might’ve been my favorite spot of the night had I not been so tired! The low-key, alfresco hangout was packed wall-to-wall with people dancing wherever they could. We stayed there for a bit, and headed back to the hotel around 3 a.m. to crash.

I headed out early in the morning (I only slept about three hours before waking up again, ah!) so that I could make it back to Orlando in time for our baby cousin’s first birthday.

It is now Tuesday, and I’m still on recovery mode, but I’m proud I stayed out past 9:01 p.m. both nights. I would do it all over again!

Any fun Halloween plans for tomorrow? Or will you be sitting in the dark at home, avoiding trick or treaters, like me?