Fun fact: I’ve actually had this blog post written for about a month and a half but I have been too lazy to post it. I repeat – too lazy to press “publish” on WordPress.

Well, my friends. I present to you, the last blog post from our summer 2016 road trip. I know. I suck. Summer 2017 is almost over and I still haven’t completed this measly series of posts. This is why I’ll never make it in life!

During our short time in LA, Halston and I came to a quick realization — we needed to get out of LA. It was crowded, smelly and not the place for two laid-back Floridians. How we decided upon Solvang is now a mystery to me, but that is where we ended up.

When we arrived, it felt as if we had traveled to another country! This quaint Danish town was established over a hundred years ago by Danes looking to get away from the mid-western winters. It is located about two hours from L.A.

The architecture is traditional Danish-style and there is even a replica of the Little Mermaid statue that is found in Copenhagen.

Our first stop was Paula’s Pancake House where we had the most delicious Danish pancakes. I am not the biggest fan of pancakes, but I truly enjoyed eating these!

We really wanted to check out Solvang Brewing Company but it was closed that day – go figure. Strolling around the town felt like we were walking inside a storybook, from Juls Hus, the year-round Christmas shoppe to the teeny-tiny Hans Christian Andersen museum above a coffee shop. 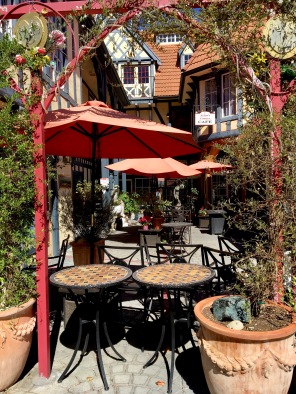 We, unfortunately, had to return to Los Angeles, but we made the best of it by driving on the Pacific Coast Highway and took in some breathtaking views along the way. We stopped in Santa Barbara’s Stearns Wharf for lunch at the pier, took in the sounds of the waves crashing, and the spectacular weather. 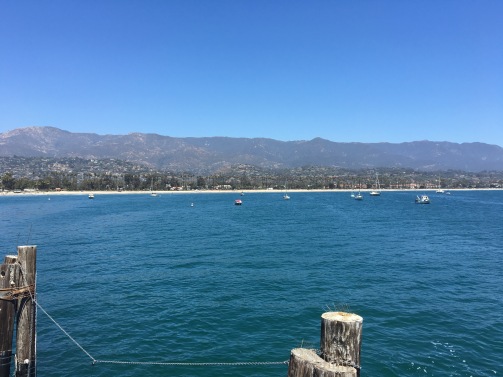 When our time in L.A, was over, Halston and I returned our car and joined his family on their vacation — we were ending ours in San Fran and they were beginning theirs.

Had I been given the opportunity to explore San Francisco the day before I was set to fly back to Orlando, I would’ve dedicated an entire blog post to the city. However, I was held hostage in a van rental on a lovely six-hour drive to Muir Woods National Monument.

And listen, I’m all for exploring nature, but not when I have a limited amount of time in a new city! I can’t say I’m particularly excited about having spent the last day of our trip in a forest, but that’s what happened and I still haven’t gotten over it.

We walked around Fisherman’s Wharf and Ghirardelli Square that evening and caught a glorious sunset. 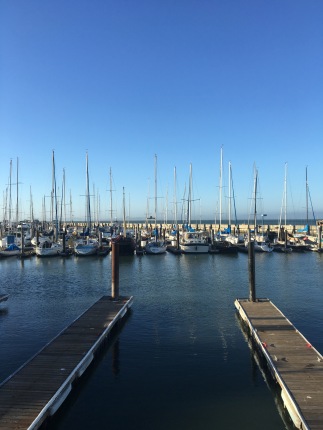 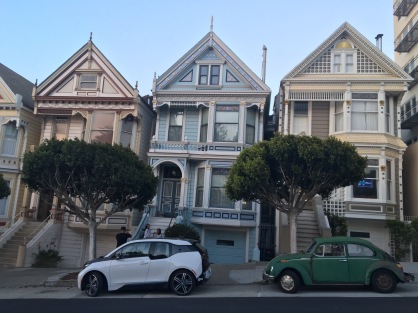 The next morning we parted ways as I was headed back home to Orlando and Halston was headed to New York for a business trip.

And like that our two-week road trip ended. All in all, it truly was an unbelievable experience and we cannot wait for our next road trip!

Have you ever been on a road trip? Where did you go?