Over the weekend I was tasked with creating a Bunny Butt dessert, which is exactly what it sounds like. This adorable, but very unhealthy creation consisted of sprinkles, Funfetti, cream cheese, and sugar. Upon completion, I admiringly gazed at my creation in awe, impressed that I, Veronica, had been able to accomplish such a miraculous feat, because, have you ever seen me in the kitchen?

I’ve become less incompetent and more comfortable in the kitchen in the last few years, and consider myself a Crock-Pot connoisseur since it is one of the few forms of cooking I can handle without having a complete mental meltdown.

Halston, on the other hand, finds pleasure in testing out new recipes such as samosadillas, black bean veggie burgers, and more, which is why I signed us up for a cooking class at Tapa Toro back in January. 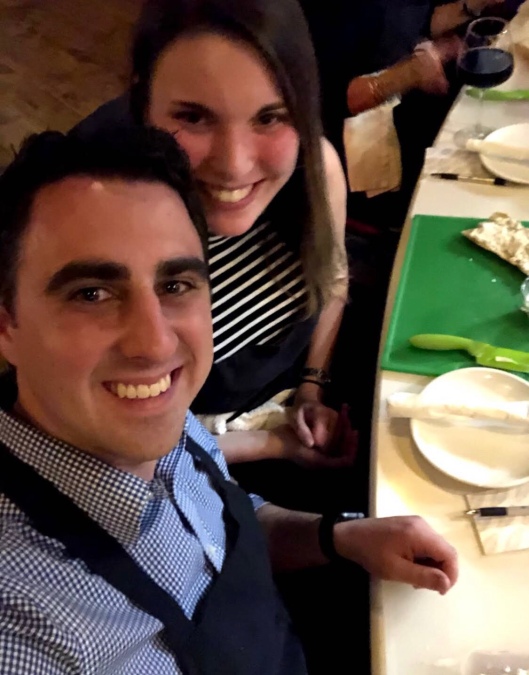 Tapa Toro, a modern Spanish restaurant on International Drive, hosts a series of cooking classes throughout the year, where Tapa Toro’s chef guide you in creating some of their favorite recipes. The intimate, hands-on class takes place around the paella pit, comfortably seating between 10 to 12 guests. Full disclosure, the restaurant is a client of my agency’s, however, I was not compensated or reimbursed for attending the class.

The class was very interactive, with Chef Frank patiently guiding us in creating a savory butternut squash bruschetta with pumpkin seeds, a massive potato leek tart, and salmon en papillote. We didn’t have to leave our seats when preparing the bruschetta but later on, we were whisked behind the paella pit when preparing the ingredients for the potato leek tart, and God Almighty was it hot back there! They say if you can’t take the heat, stay out of the kitchen, and all I have to say is, NOTED. 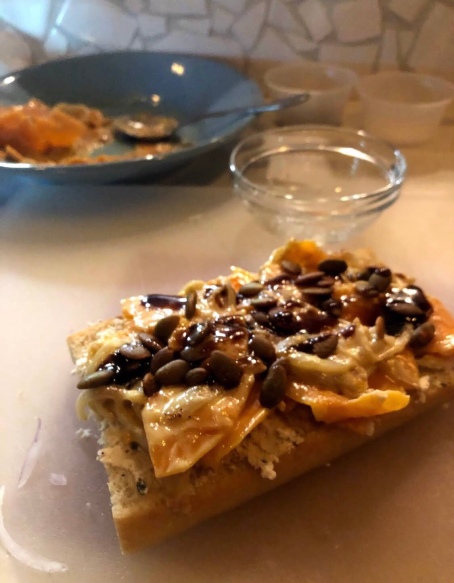 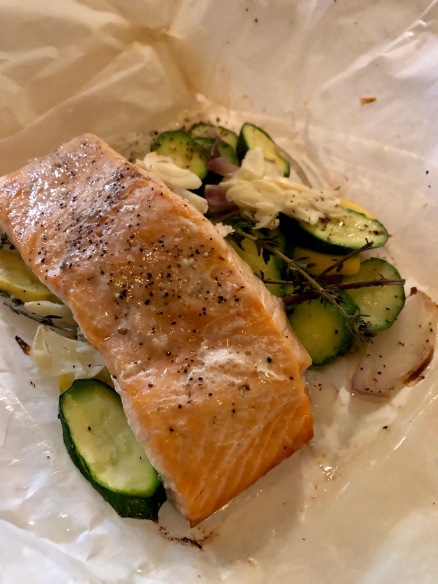 All of my dishes were surprisingly delicious (don’t let these horrible pictures fool you) and we were so stuffed, we couldn’t move by the end of the evening, although that didn’t stop me from attempting to demolish the crema Catalana dessert put in front of my face. It was a futile attempt, but I at least got a bite in.

If you’re interested in attending one of Tapa Toro’s cooking classes, the restaurant is hosting a class on the evening of Thursday, April 25, and Thursday, July 25.

And while we’re on the topic of food, I’m really excited to share that we’ve been invited back to this year’s Cocoa Beach Uncorked, which is taking place this Saturday and Sunday at Alan Shepard Park. You might remember that some of my favorites included Ohana J’s Steak & Seafood, Tequila Azul, and Rising Tide Tap & Table. I can’t wait to enjoy another glass of wine with my toes in the sand!

Are there any cooking classes in Orlando you recommend? And will I be seeing you at Cocoa Beach Uncorked?