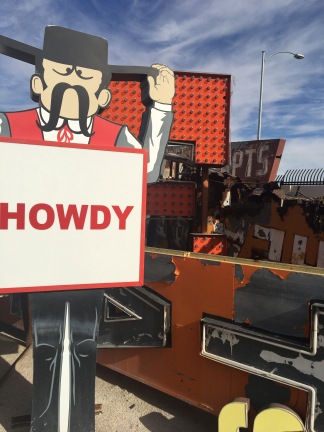 This morning I’m coming to you live from Cowboy Christmas and the National Finals Rodeo at the Las Vegas Convention Center and I might be the only person in attendance who does not own a pair of cowboy boots. I hope my Banana Republic fringe boots don’t give me away this weekend.

I can’t wait to share more about this trip with you, but for now, I’m leaving you with Fri(yay) Lovin‘.

The planners have dividers for different sections including important dates, notes, a monthly calendar, the actual months divided into weeks with tons of writing space, contacts and a pocket folder.

Finally, Netflix gave in to our demands–to be able to download movies and watch them on the go on iOS and Android phones and tablets at no extra cost (for now)! I have a feeling that once they see how popular this new feature is they’ll have a change of heart and increase the monthly fee, but for now, we celebrate!

Everything is not available for download yet, but they do have a good amount of movies and television shows on the list. I downloaded Ocho Apellidos Catalanes (the sequel to Ocho Apellidos Vascos) to watch during my Southwest flight to LV (since they don’t have in-flight entertainment centers like JetBlue) and it only took a couple of minutes.

In order to download more than one movie or show, you’ll need to have space available on your phone. I don’t, so I can only download one at a time.

And last but not least, Harry Potter and the Cursed Child‘s (yes, again) two-part play is making the leap from London to Broadway, expected to open in 2018!

Currently, a few theaters in New York have been vying to lure the show to their venues because it has been so popular across the pond.

I’ve grown up in the Harry Potter universe, reading the books as a child and now the play into adulthood so the play coming stateside means so much to me, not to mention that it would be much more financially attainable than traveling all the way to London (although it is somewhere where I would love to visit–once I can afford thousands of dollars in flights). After ready the play, I’m really excited to see how they portray the spells and traveling with the Time Turner Necklace. I’m sure I’ll be blown away and I can’t wait!

Well, I’m off to don my sweet Wrangler National Finals Rodeo western shirt and talk to people for three days straight with a sore throat. Yay, me!

Anything fun that I’m missing this weekend?