When most people think of Miami a few things come to mind: South Beach, Ocean Drive, spring break, bikinis and that awful but oh-so-catchy LMFAO song.

But there’s definitively more to Miami than just partying. Plus, as you get older, your stories end up sounding like, “We started the night off at the American Social, then everyone decided to go dancing in Calle 8. I sat down the entire time because I was exhausted and by the time we got back to the hotel, I fell asleep in my coworker’s room… on the floor…” True story, all of it.

So because I’m beginning to act like a vieja at the tender age of 24, here are the things I did instead of going out:

Wynwood Walls: The creative project was conceived in 2009 by community revitalizer Tony Goldman. He saw the warehouse district’s potential to become a huge canvas and since then, artists from around the states, Brazil, Mexico, Belgium, Portugal, Greece, Spain, England, France, Singapore, Germany, Ukraine and Japan have contributed to the Wynwood Walls. 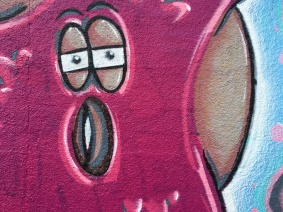 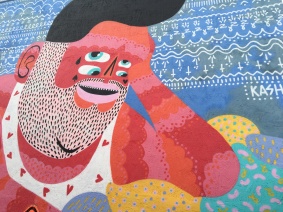 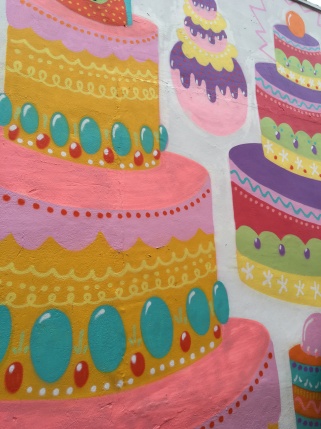 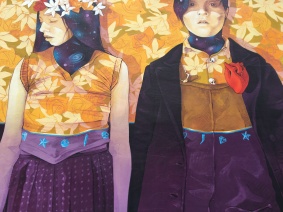 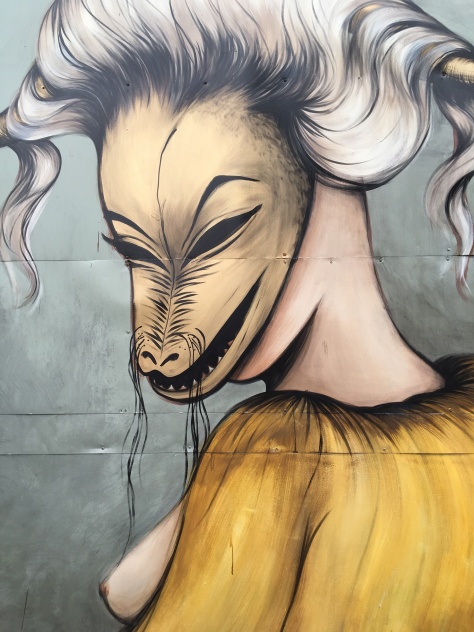 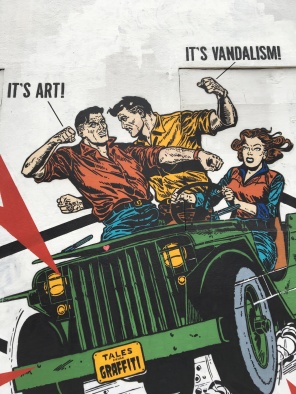 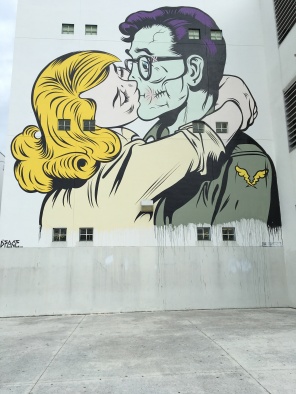 Perez Art Museum Miami: Located in the heart of Miami and overlooking beautiful Biscayne Bay, the PAMM features two floors of modern, contemporary and international art. My favorite exhibit was Michele Oka Doner’s “How I Caught A Swallow in Midair” because her art and sculptures were fueled by the nature that surrounds us. 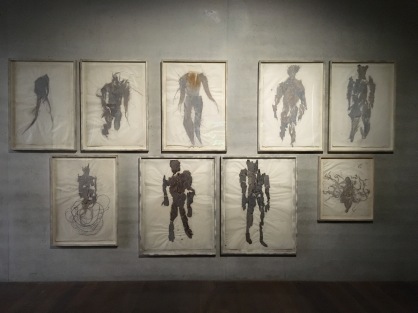 I was also really excited to see two pieces by Chinese contemporary artist Ai Weiwei. He is an activist and is known for his clashes against the Chinese government. If you ever get the chance, check out the documentary Ai Weiwei: Never Sorry. It’s so good! 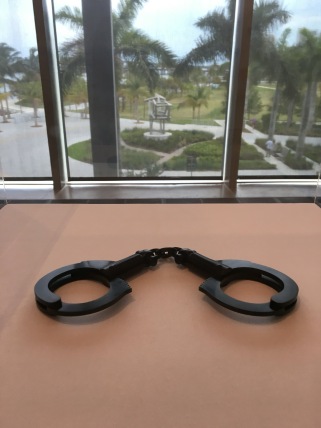 I was surprised to see a photograph of when the US Navy occupied the island of Vieques. This little island, off of the coast of Puerto Rico, has a tumultuous history with the Navy because the military branch had a training range on the island from 1941 until 2003. I still remember Puerto Ricans protesting, graffiti all over the island, urging the Navy to leave.

The island has the highest cancer rate of any municipality in Puerto Rico. Studies by Puerto Rican scientists have found 34% of residents with toxic levels of mercury, 55% contaminated with lead, and 69% with arsenic. It will take up until 2025 to clean up the environmental mess left by the Navy (source).

And if you’re ever traveling with kids, the PAMM is close to the Miami Children’s Museum and Jungle Island, a zoological park.

Holocaust Memorial Miami Beach: This memorial was erected back in February of 1990 in Miami Beach because the largest number of Holocaust survivors lived near the area. I was shocked to find out that the memorial faced opposition, with Floridians complaining that Miami was a place for “sun and fun” and not “gloom and doom.” I’m glad city planners were quickly swayed to approve the plan.

The monument stands four stories high, a giant arm and hand stamped with an Auschwitz tattoo with distressed, emaciated bodies clinging to the arm. The monument is surrounded by a wall with the names of thousands who perished at the hands of the Nazis. For a few minutes I just sat on the floor, by the foot of the statue with tears trickling down my face. It is a very powerful image.

Surrounding this wall is another wall, with pictures detailing the rise and fall of the Nazi reign and the hardships many Jews had to face until liberation. The memorial has a phone app, for those who want a more immersive experience. 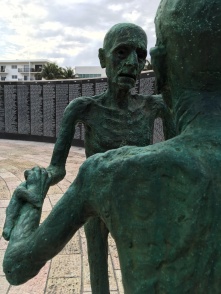 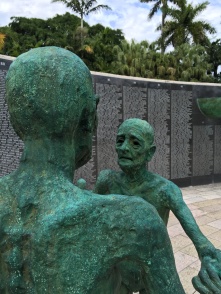 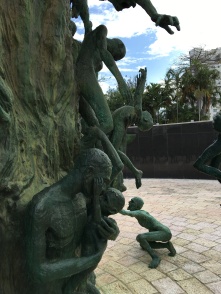 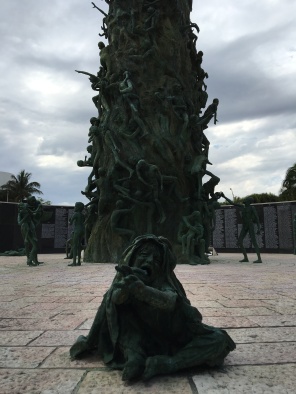 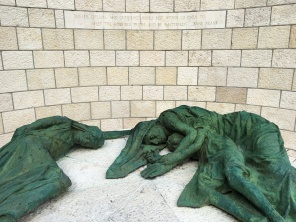 Miami is home to many breathtaking cultural treasures, you just need to know where to find them.

How was your weekend? Did anyone check out the Florida Film Festival? I just watched Louder Than Bombs last night and it was so good.

One thought on “Art & Culture in Miami”