There is something magical about the holidays. Some of my favorite things include the decorations, the festivities, the promise of a fresh start in the new year and of course…

So when Walt Disney World announced that this would be the last year they would present the Osborne Family Spectacle of Dancing Lights, I knew I needed to bid farewell to the lights that have launched a thousand selfies.

Yesterday afternoon I began my yearly pilgrimage (a very short 15 minute drive from my office) to Disney’s Hollywood Studios only to be told that parking was at capacity and that I was going to have to park at Epcot or Animal Kingdom to then take a bus back to Hollywood Studios.

Fortunately, I wasn’t born yesterday and I parked at the first spot I saw on my way to the exit. Had I parked at Epcot or at Animal Kingdom, I would’ve been able to enjoy a FREE meal thanks to a complimentary pass I was handed at the lot’s entrance, which I’m 99.9% sure Disney has not offered before!

I have never experienced such generosity from the Mouse and had I not been in heels and alone, I would’ve made the trek to dine at the other parks.

I’m not sure if the parks will continue this, since the reason for the overflow is the Osborne Spectacle and that’s going away on January 3, 2016, but it was very nice of them! Perfect if you have a Park Hopper or an Annual Pass. 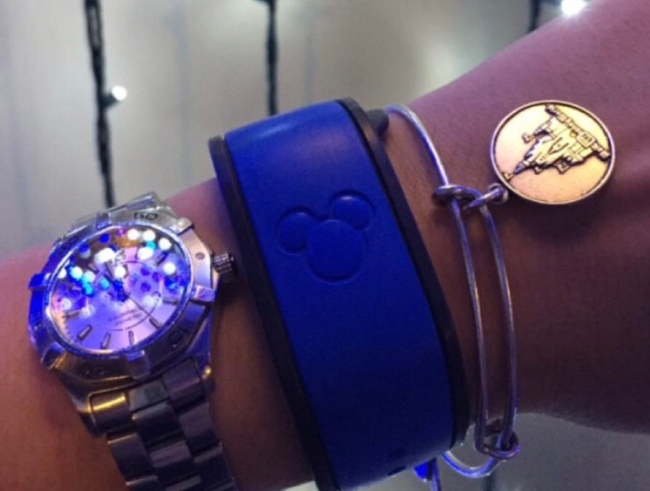 Oh, and goodbye to being a Disney Annual Passholder. With the recent price hike on annual passes, my monthly payment would go from $37 to almost $50 a month, so I will not be renewing my pass come January 1. You win, Disney. You priced me out. I understand why you increased the prices but the perks that came with the price hike didn’t interest me enough to keep keep me around. After years of loyal fandom, it is now time to hang up my sparkly Minnie ears and reminisce about the good ol’ days.